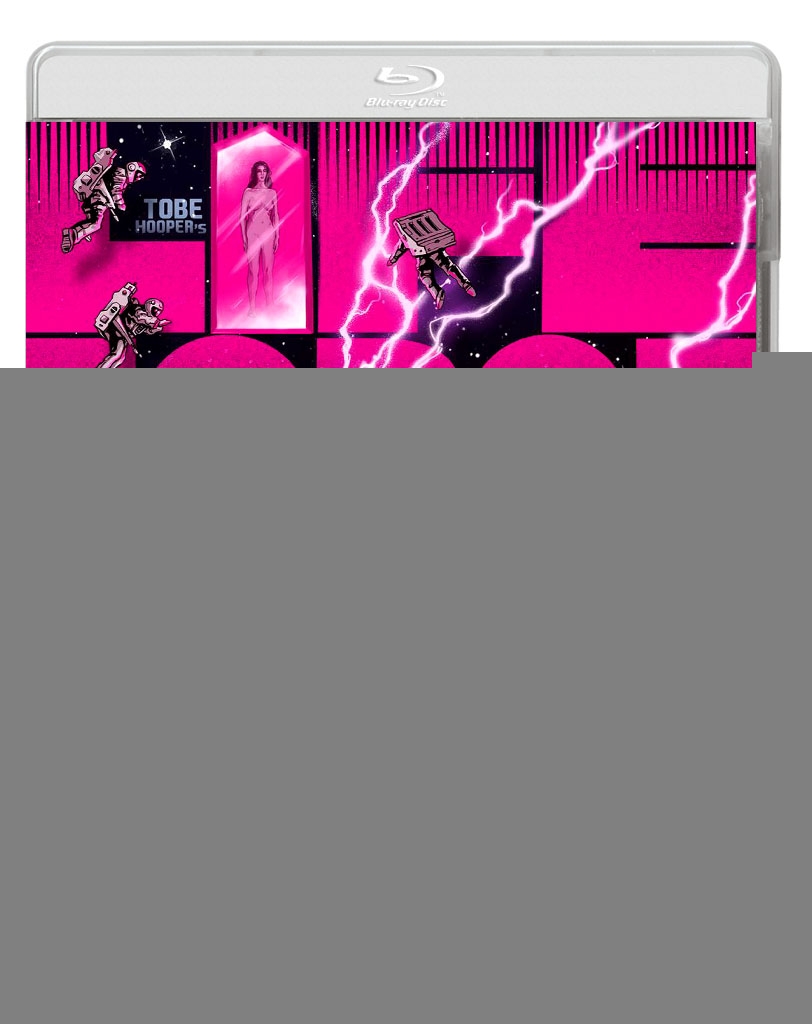 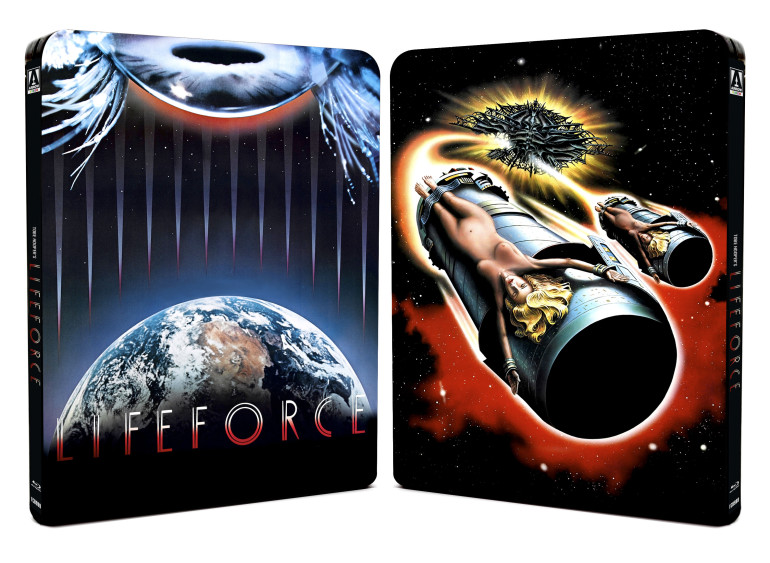 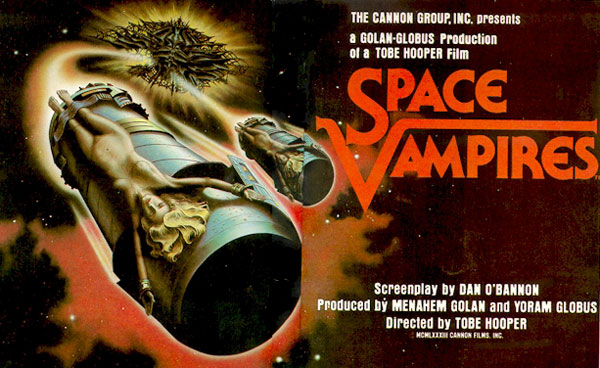 Unavailable in any decent form in the UK since it’s release on Home video back in 1987, Arrow Films’ remastered High Def print of LIFEFORCE is a 1st for fans of the film. We finally have the chance to see Hooper’s Sci Fi/Horror hybrid in all it’s intended HD glory.Much maligned over the years since it’s release for being sub par amongst other Sci Fi films of it’s time, this Blu-ray release opens up a strong case for re-evaluation.

I caught LIFEFORCE upon it’s initial UK cinema release back in 1985 and have long waited for it’s unveiling on Blu-ray. Cult movie fans now have the chance to finally see this guilty pleasure in its uncut and high def glory. 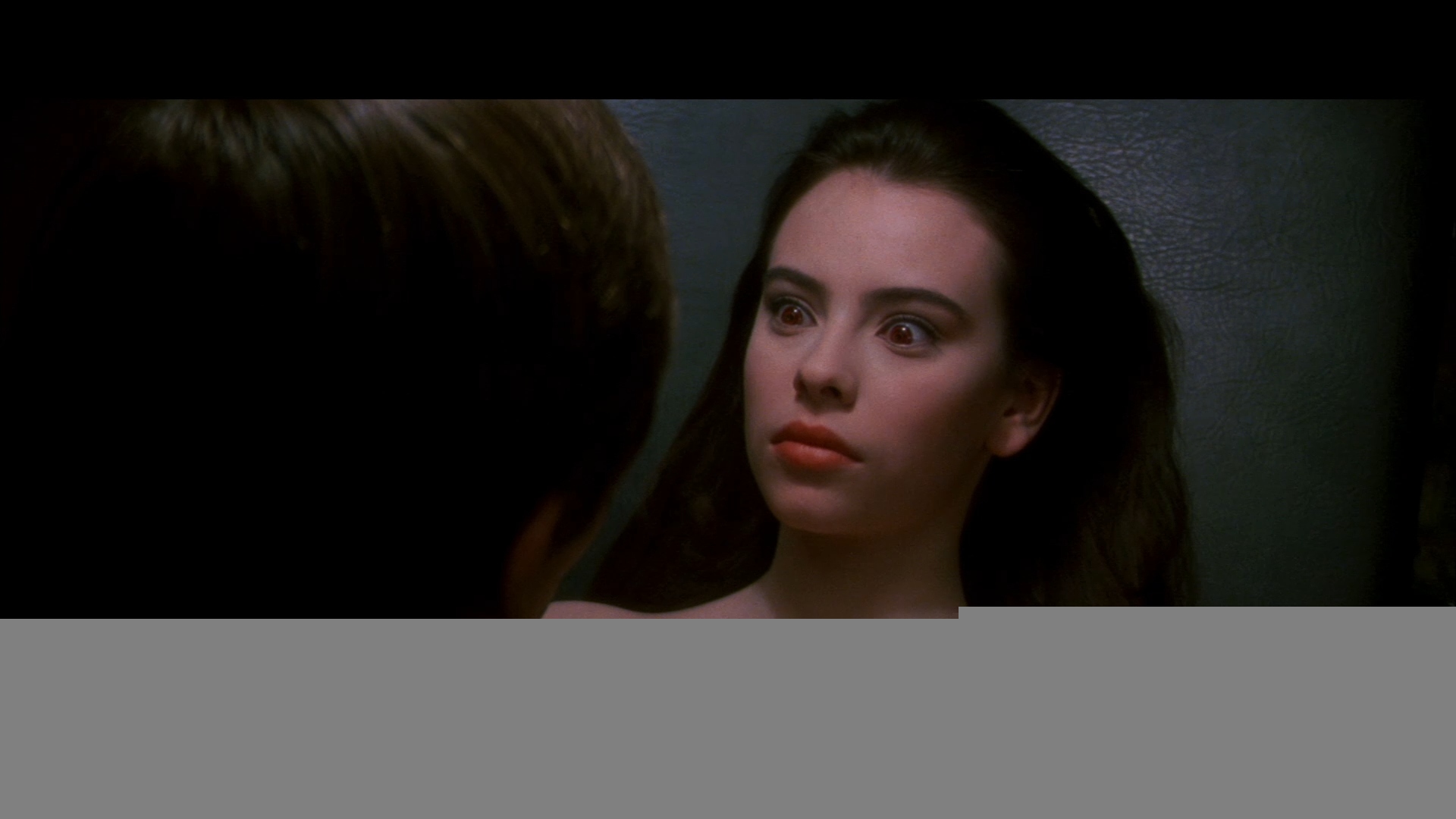 When a space shuttle crew finds a mysterious spacecraft containing three human-looking creatures in a state of suspended animation, they bring them back to Earth for further investigation.

It’s only then that scientists discover that they are in fact a race of space vampires that feed off people’s life-force rather than their blood. So when they escape and run amok in London, the consequences are apocalyptic – and the shuttle crew’s only survivor (Steve Railsback) seems to be the only man who can stop them.

Based on Colin Wilson’s novel ‘The Space Vampires’, co-written by Dan O’Bannon (Alien, Return of the Living Dead) and directed by Tobe Hooper (The Texas Chainsaw Massacre, Poltergeist), this lively sci-fi horror romp has a stellar cast including Peter Firth, Frank Finlay and Patrick Stewart – although it’s Mathilda May’s appearance as a naked female alien that attracts most attention to this day. 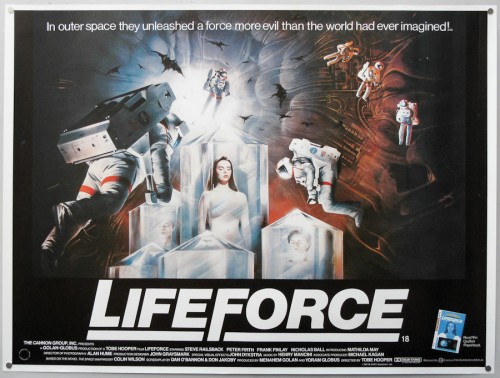 • High Definition Blu-ray (1080p) presentation of both the

International and Theatrical Versions, transferred from original elements by MGM with supervision by director Tobe Hooper

• Optional English SDH subtitles for the deaf and hard of hearing

• Space Vampires in London: An interview with Tobe Hooper

• Dangerous Beauty: An interview with Mathilda May, Lifeforce’s iconic star