Arrow unleash Giallo masterpiece What Have You Done to Solange ? 14th December.

December 2, 2015 / giallo1971 / Comments Off on Arrow unleash Giallo masterpiece What Have You Done to Solange ? 14th December. 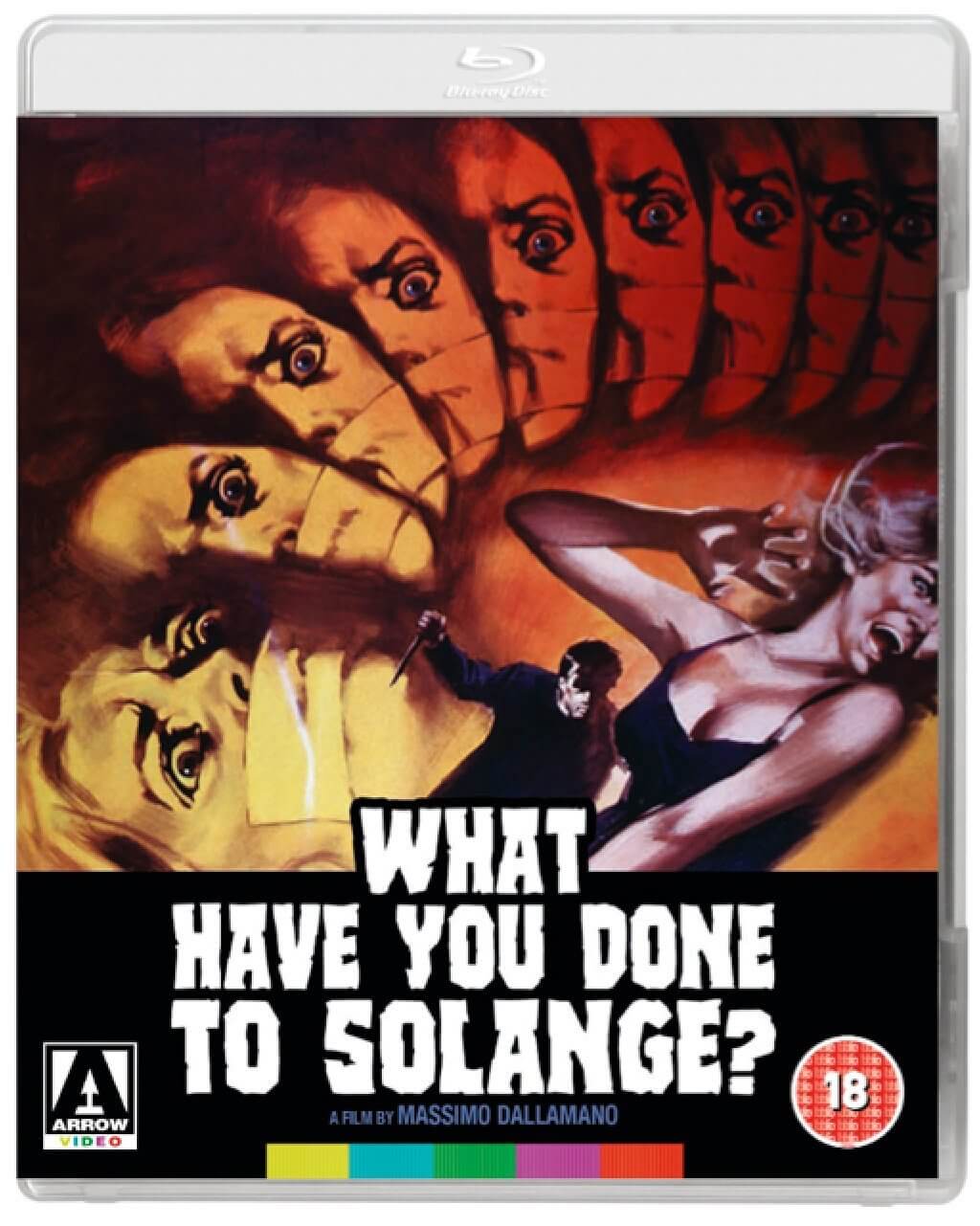 Arrow Video has announced the release of What Have You Done to Solange?, Massimo Dallamano’s (cinematographer on both A Fistful of Dollars and For a Few Dollars More) classic giallo which comes to Blu-ray and DVD in a brand-new 2K transfer taken from the films original negative.

Scored by Ennio Morricone, What Have You Done to Solange? was the debut feature for actress Camille Keaton (I Spit on Your Grave). The new disc comes loaded with features including a newly recorded audio commentary with critics Alan Jones and Kim Newman, a newly edited archive interview with actor Fabio Testi and a reversible sleeve featuring original and newly commissioned artwork by Malleus.

A sexually sadistic killer is preying on the girls of St. Mary’s school. Student Elizabeth witnessed one of the murders, but her hazy recollections of a knife-wielding figure in black do nothing to further the police’s investigations. Why is the killer choosing these young women? And what does it have to do with a girl named Solange? Also starring Cristina Galbo (Living Dead at the Manchester Morgue) and Fabio Testi (I Spit On Your Grave), What Have You Done with Solange? features all the hallmarks of classic gialli.

Special Features: Brand new 2K restoration of the film from the original camera negative/High Definition Blu-ray (1080p) and Standard Definition DVD presentation/Original Italian and English soundtracks in mono audio/Newly translated English subtitles for the Italian soundtrack/Optional English subtitles for the deaf and hard of hearing for the English soundtrack/Brand new audio commentary with critics Alan Jones and Kim Newman/What Have You Done to Decency? A conversation with Karin Baal – the actress shares her thoughts on Dallamano’s classic giallo in this brand new interview/First Action Hero – a newly-edited 2006 interview with actor and former stuntman Fabio Testi, including a look at his role in Solange/Old-School Producer – a newly-edited 2006 interview with producer Fulvio Lucisano/Innocence Lost: Solange and the “Schoolgirls in Peril” Trilogy – a brand new visual essay by Michael Mackenzie, exploring the themes of Solange and its two semi-sequels/Original theatrical trailer/Reversible sleeve featuring original and newly commissioned artwork by Malleus/Collector’s booklet featuring a new article on the giallo scores of Ennio Morricone by Howard Hughes, alongside a Camille Keaton career retrospective from Art Ettinger, comprising interview excerpts with the Solange actress, all illustrated with original archive stills and posters.