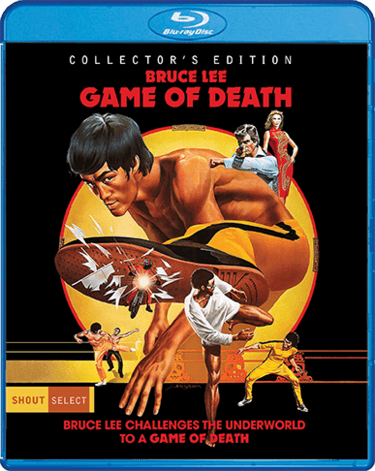 SHOUT SELECT (USA) WILL UNLEASH A NEW 4K SCAN AND RESTORATION FROM ORIGINAL CAMERA NEGATIVE! US AND CANTONESE VERSIONS.

Billy Lo (Bruce Lee) is a young kung fu star with a promising career. As the leader of a syndicate known for its exploitation of entertainers, Dr. Land (Dean Jagger) jumps at the chance to capitalize on Billy’s status and that of his singer girlfriend (Coleen Camp). Refusing to sign with Land, Billy’s marital arts mastery is put to the test when he is brutally harassed by Land’s men. In a stunning showdown, Billy must take on a group of martial arts masters in the final showdown. Tragically, Bruce Lee passed away during the production of the film. See this martial arts legend in his last role!