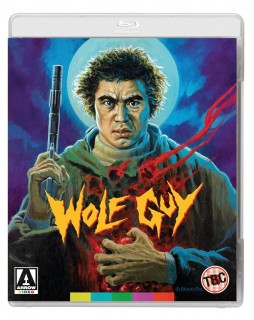 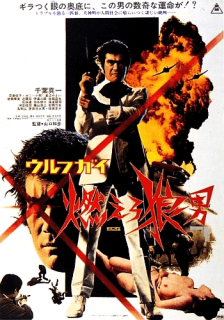 Shinichi “Sonny” Chiba is a martial arts “manimal” in the ultra-70’s, 100% bizarre mixture of horror, action and sci-fi that is Wolf Guy, one of the rarest and most sought-after cult films produced by Japan’s Toei Studio. Based on a manga by Kazumasa Hirai (creator of 8 Man), and never before released outside of Japan, it’s a genre film classic waiting to be discovered and a completely unclassifiable trip into phantasmagoric funk.

Chiba stars as Akira Inugami, the only survivor of a clan of ancient werewolves who relies on his supernatural powers to solve mysterious crimes. After a series of bloody killings perpetrated by an unseen force, Inugami uncovers a conspiracy involving a murdered cabaret singer, corrupt politicians, and a plot by the J-CIA to harvest his blood in order to steal his lycanthropic powers! At the same time, Inugami also discovers the truth behind his family heritage, and that he may not be the last of his kind.