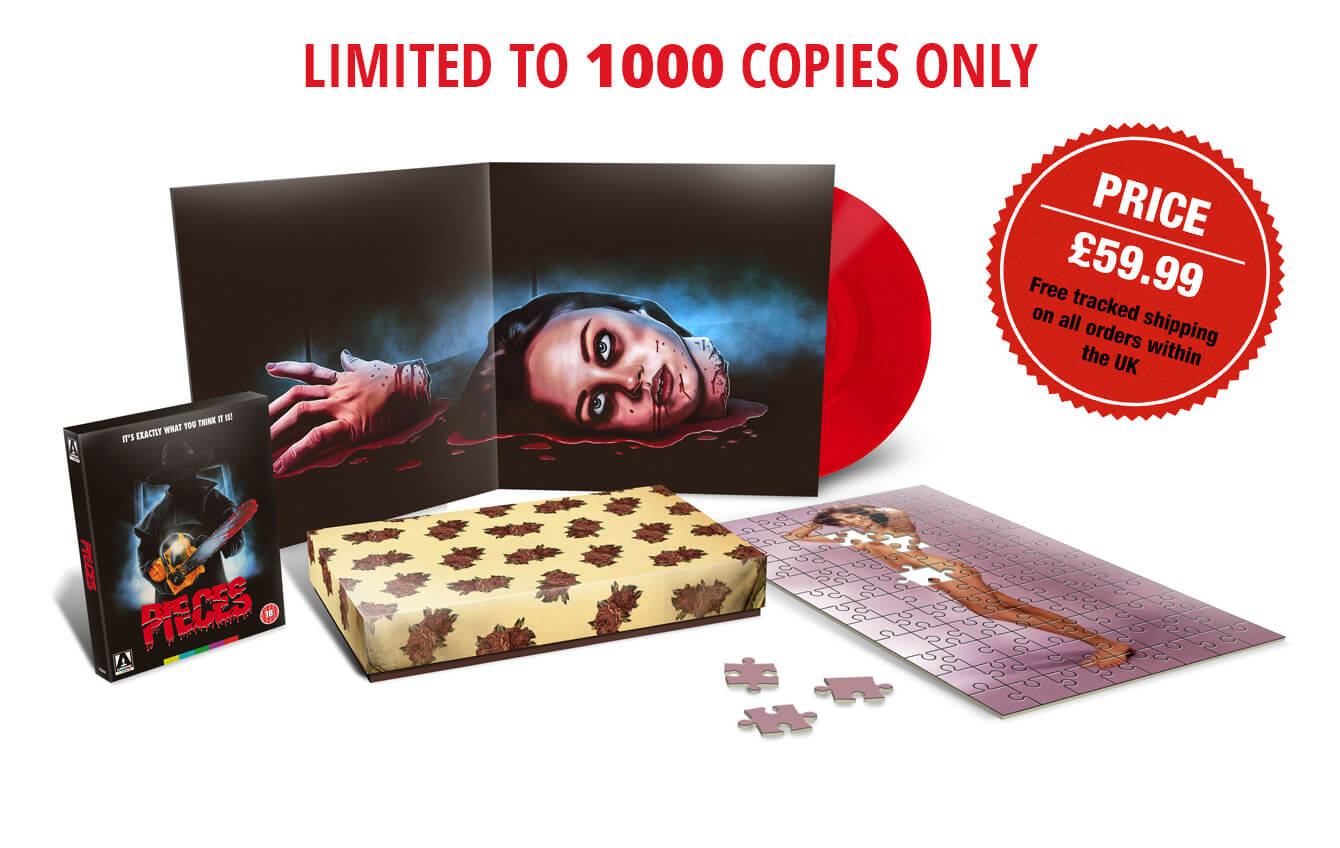 A Boston college campus is being terrorised by a black-clad maniac who collects body parts from his unfortunate co-ed victims. As the corpses (and red herrings) begin to pile up, can Professor Brown (genre veteran Jack Taylor) unmask the murderer before his morbid puzzle is complete?

Boasting some of the most outrageous gore set-pieces ever to splash their way across the screen (including a particularly memorable slow-motion evisceration atop a waterbed), Pieces is an essential slice of Spanish splatter and more gruesome than ever on Blu-ray.